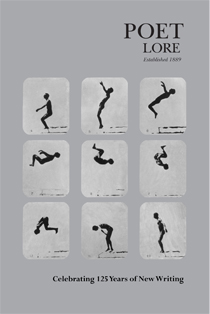 Poet Xue Di was born in Beijing in 1957. The author of three collections of poetry and one book of criticism, he left China after taking part in the 1989 demonstrations in Tiananmen Square. In English translation, he has published four full-length books—Across Borders, Another Kind of Tenderness, An Ordinary Day, and Heart into Soil—as well as four chapbooks: Forgive, Cat’s Eye in a Splintered Mirror, Circumstances, and Flames. Xue Di has twice received the Hellman/Hammett Award, sponsored by Human Rights Watch, as well as a Lannan Foundation fellowship. He currently works at Brown University in Computing & Media Technology Services. This interview was condensed from a longer conversation conducted in May 2012 at Brown University.

Alexandria Sheng [AS]: What was it like to grow up in China during the Cultural Revolution, and what was your early life like before you came to the States?
Xue Di [XD]: I was born and grew up in Beijing. When I was six, my parents divorced. At that time, divorce was rare in China. The government wanted to show the West that China has a better society. The other children at school thought I was the reason for my parents’ divorce. At the end of school each day, I had to run very fast because they wanted to beat me, and I did not understand why. I went home and asked my father, and my father could not tell me. Because my parents had remarried, and my stepmother did not let me live with them, I had to live in a dormitory. Every night I went through nightmares—and I had to put things against the door to secure myself.
Then the 1966 Cultural Revolution came and lasted ten years. I could not go to college because all the schools, colleges, and universities were shut down. The intellectuals, professors, and teachers were sent to the countryside to live with peasants. It was confusing and painful for my personal life. I was very good in science. My teachers wanted me to study science, and my parents were doctors and wanted me to study medicine. The Cultural Revolution opposed any foreign literature or contemporary art. One day, I found a collection of poems written by Alexander Pushkin, the Russian writer. The book had been abandoned in a hallway, because back then, anyone who owned a book like that would be in big trouble. So I read that collection, and for the first time I felt so much love…so much sunshine…nature and all kinds of beautiful things in those poems, so far away from the daily life I’d been living. That’s how I became interested in literature and started to become a poet.
AS: I was interested to discover that your primary literary influences were all Western authors, because I think Chinese literature—like Tang poetry—is something that is very central to the culture. All this [Western literature—Pushkin, Baudelaire, Yeats] was banned. How did you get access to it? And did you read it in translation?
XD: During the Cultural Revolution, we basically cut off the connection between ourselves and our tradition. That was one reason I—and my entire generation—did not read or focus on classical poetry. Our desire back then was to read as many works of world literature as we could get our hands on. We were so hungry for the fruits of Western society. But now in the United States, thinking about my original culture again, I’m paying much more attention to classical poetry, the Tang dynasty, the Sung dynasty. All of my new writing still contains my contemporary experience, but in terms of writing skill and technique, I’m paying more attention to our classics. I absorb and draw so much from that.

AS: What was your life like in the period between 1976 and 1990, when you came to the U.S.? One of the articles mentioned that you were organizing writers and poets into groups to support the Tiananmen Square demonstrations.
XD: Since I was an only child, I did not have to leave Beijing [after high school like other graduates] and go to the countryside. I went to a special training school to learn how to make light bulbs…and then I worked in the film lighting institute. I did not like this work and started to put more energy into my writing. In China, if you work in a factory and get an illness, you can stay home and still get a fairly high percentage of your salary, as a form of social welfare. (That’s one thing that China was always so proud of—they would say they really treated their workers well.)
So I learned from a friend how to fake an illness so I could stay home and do my own writing. And that’s why during the Tiananmen Square Demonstration in 1989, I was able to participate. I was a member of the Beijing Writers Association, and I wanted to do something to support it [the student democracy movement]. Since I was not working in the unit and could not be tracked or accounted for by the authorities, they did not have any actual proof that I had actively participated. In 1990, I received the Hellman/Hammett Award from Human Rights Watch in New York. My life in China was increasingly dangerous. Brown University, through the novelist Bob Coover, had established the
Freedom to Write Program within the creative writing program that year in response to the Tiananmen Square massacre and to help writers from around the world in dire circumstances. They issued me an invitation for a writing fellowship along with two other Chinese writers. That’s how I was able to come to the United States in January 1990.

AS: You have said that when you were writing poetry in China, a lot of what you communicated was an outward energy…fighting the system, fighting your childhood, fighting the constructs of society. So when you came to the States and there was nothing to fight against, you felt lost and started to look inward.
XD: Because we lived in such a closed society, all we wanted was to see more of the outside world—freedom. It was like living in a room with no doors, no windows, no lights. All you can do is chisel away, fight with the wall, chisel again, try to create a little bit of a hole, a crack, so that you can see the sunlight, hear the birds sing, find some kind of green color. Growing up in a communist country, all we learned was to fight, to survive, to complain with very little time to think about our inner experience. Since I came to this country, my writing has grown deeper and quieter, with more energy directed inward. I feel connected with the depth of being, of living. This is much more profound than the way I lived in China.

AS: How does someone go about achieving this perspective, and how do you think your own experiences have enabled you to look through that global lens?
XD: I’m thinking more through myself as a solid being to understand the living world…society and humanity. The more deeply I understand myself, the better I understand humanity, the more I can devote myself to humanity, to society, through poetry, writing and criticism. That was my choice, not just to cry for myself, but also to cry against the injustice in our living world, poverty and violence and all the things that are making our world unhealthy, making people suffer. If it’s joy, it’s not just my joy: it will be the joy of all the people.

Purchase Poet Lore Volume 109, No. 1/2 to read the rest of this interview.